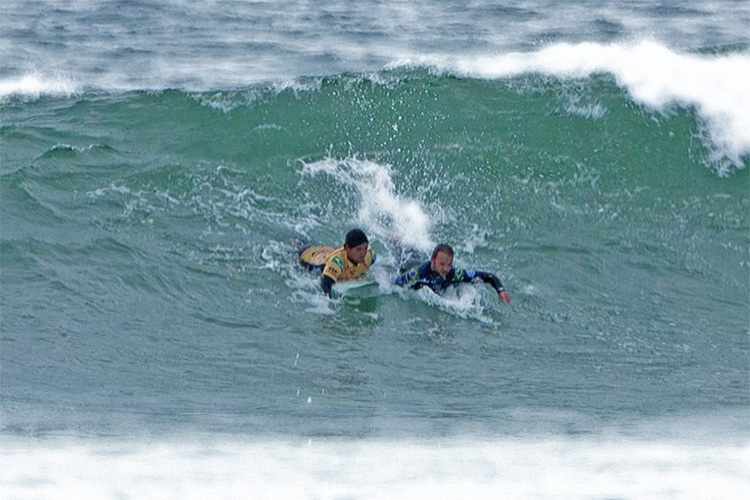 One day after the dramatic interference call, the World Surf League (WSL) released an official explanation regarding the wave that sent the world title discussion to Hawaii.

After watching the footage from the tower, the WSL judges say that the “initial rule stands – no resurf.”

“Caio was in the lineup first, further down the beach, and was rightfully awarded priority. We can clearly hear the beach announcer say: ‘priority is with blue,'” the WSL notes.