A night surfing session at Wavegarden’s The Cove 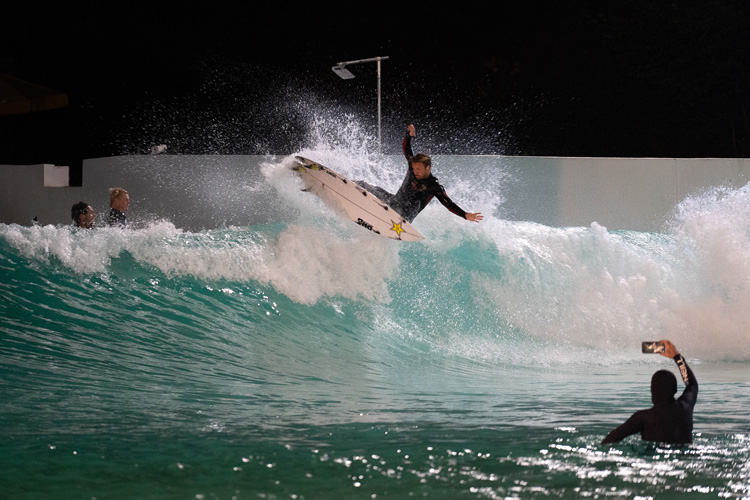 Floodlights lit up the Wavegarden Cove like a sports arena, allowing the Australians to surf and train from sunset to late into the night, a feat not easy to achieve in the ocean.

It was the first time the four surfers – all highly competitive athletes – were able to experience night surfing, and their feedback was overwhelming.