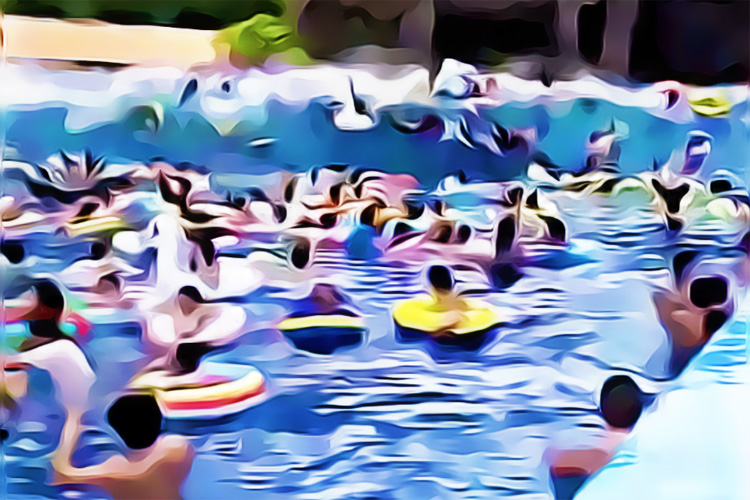 Forty-four people were injured in a water park in northeast China after a bigger-than-expected wave swept hundreds of swimmers.

The incident occurred at Yulong Shuiyun Water Amusement Park, in Longjing, Jilin province, near the country’s border with North Korea.

According to the local authorities, the freak wave was caused by a power cut that damaged the electronic equipment that controls the wave pool.